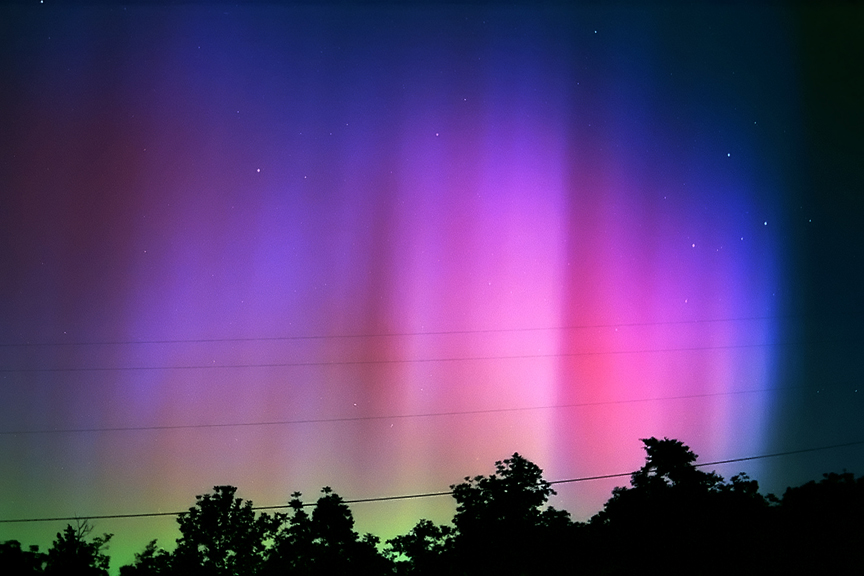 Photo was taken on May 15, 2005 around 3 am CDT, just outside of Nashville, near Mt. Juliet (before the malls moved in). The aurora was very bright to the point you could almost read a newspaper. I haven’t seen anything like this, since that time…amazing!

To my eye, all of this was mostly white except the green which you can see behind the trees. The camera and film really brought out the colors! The blue was amazing, and to see it at 36° north latitude (Nashville) was unbelievable!

You will note that this aurora was so intense that it was blocking out one of the main stars in the constellation of Cassiopeia on the right. 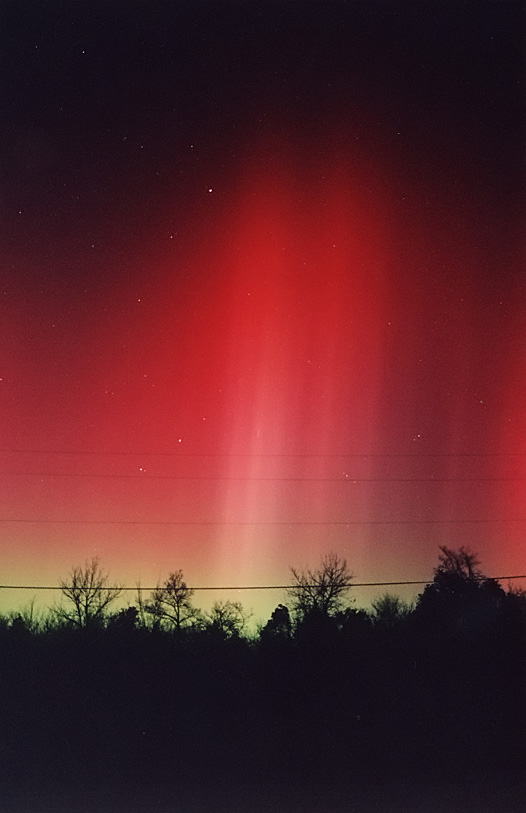 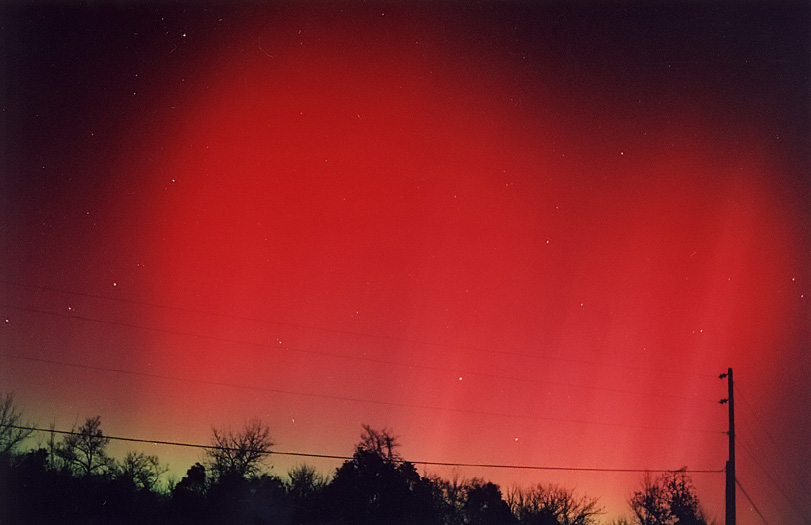 November 7, 2004 was another amazing night for northern lights in middle Tennessee. These lights made the trees look like they were on fire! I am at the same park just outside of Mt. Juliet near Nashville! 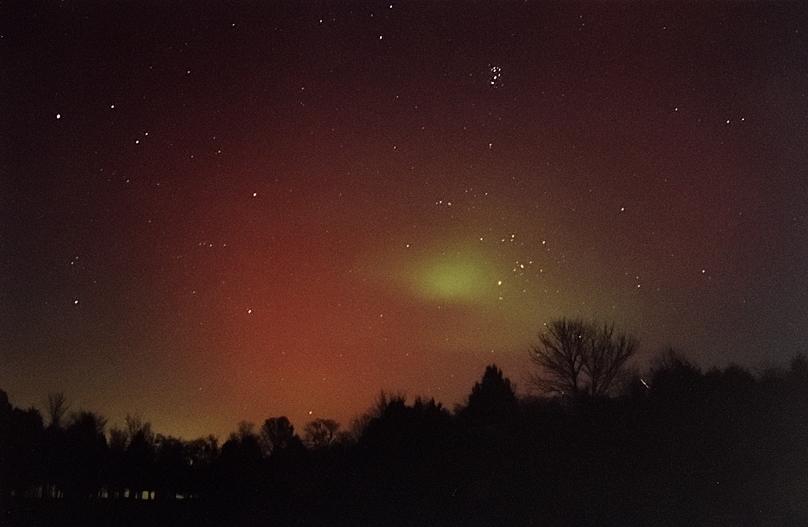 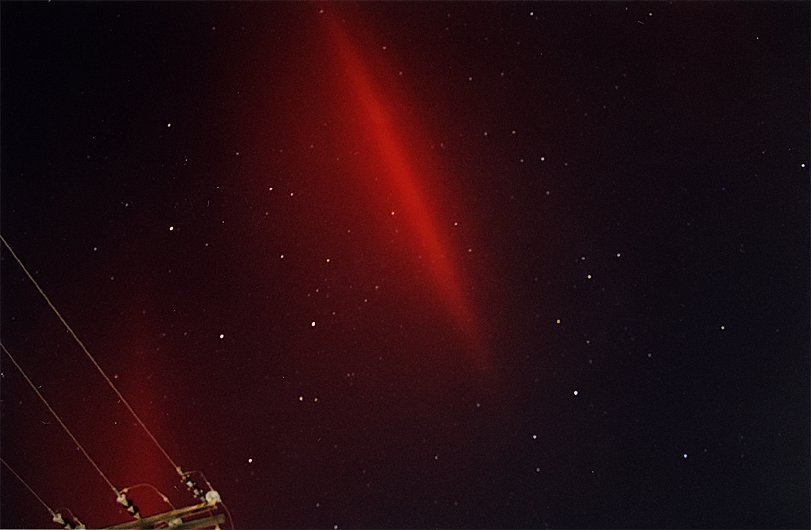 These last two photos were taken on the evening of November 20, 2003. The green portion of the aurora, in the constellation of Taurus, was pulsating quite rapidly! The other photo shows a spike like aurora that a lot of people saw! I was aiming nearly over head towards the Summer Triangle. Again, this was taken near Nashville.

The Big Dipper from the United States and Australia on the Same Day!

Polaris coordinates shift with time because of precession

Total Eclipse of the Sun as seen from Indiana on April 8, 2024