An annular eclipse of the Sun on June 10, 2021, will fall on a Thursday. The annular phase begins over Canada, crosses into the Arctic circle, and then ends in Russia. The maximum coverage of the Moon will occur between Greenland and Ellesmere Island. The magnitude of that coverage will be 94.35%, and this will happen at 6:42 am EDT. A portion of the United States will see a partial eclipse of the Sun (see below). This is not a total eclipse of the Sun; thus, special eye protection is required to view this event!

At first, I didn’t think we would see much of this eclipse, but after looking at it in more detail, I found nearly a third of the US (northeast) will see something. I zeroed in on Estcourt Station Maine (population of 4) and found the Moon covers 84.5% of the Sun. As you move further and further south and west, the partial eclipse becomes less and less, percentage-wise.

If you look at the map above, at the area between the two curved lines labeled, Maximum eclipse at sunrise and Eclipse begins at sunrise, you will be able to see a maximum eclipse of the Sun but not the beginning of the partial phase. This is because the Sun has not risen yet.

For example, in Boston, the eclipse begins at 4:38 am EDT. Thirty minutes later, the Sun rises at 5:08 am, so the partial eclipse is incomplete. However, the partial eclipse can be seen at its maximum at 5:33 am with a partial phase at 80%! Not bad!

Now let us go into the next area between Maximum eclipse at sunrise and Eclipse ends at sunrise. Milwaukee, as an example, can be found in this region. The eclipse begins at 3:52 am CDT for Milwaukee. The partial eclipse will reach its maximum at 4:45 am, and then, the sun will rise at 5:13 am. After sunrise, the Sun will appear partially eclipsed as the Moon leaves the Sun but not at its fullest extent of coverage. If you were curious, the Moon would have covered 89% of the Sun before sunrise. The partial eclipse will end at 5:41 am in Milwaukee.

Any questions? Please feel free to ask below! 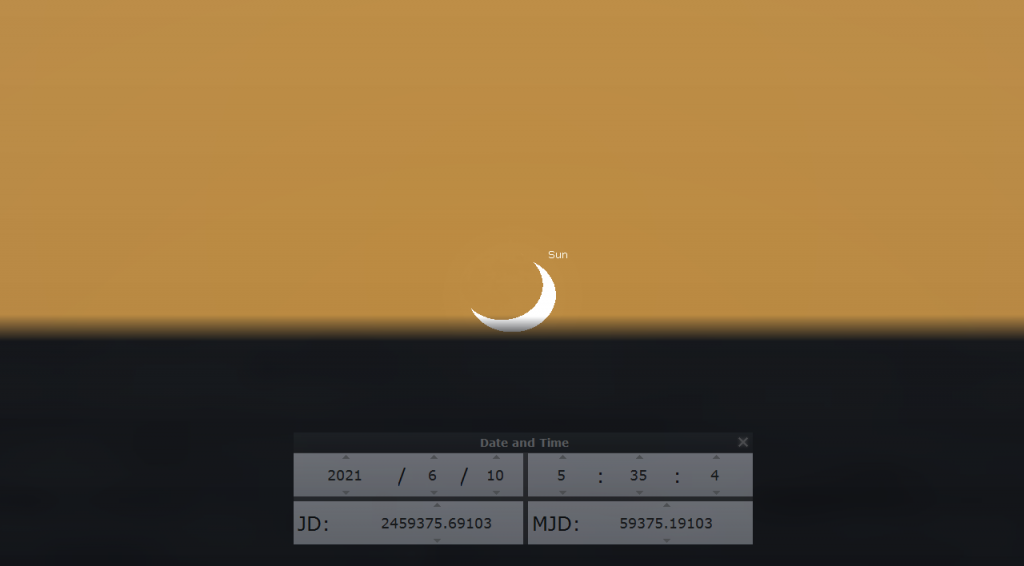 Total Eclipse of the Sun for Arkansas On April 8, 2024